Train operator South Western Railway acknowledges it could lose its franchise contract after recording a loss of £137 million.

In the company’s accounts from December, directors say on-going discussions with the Department for Transport (DfT) could result in the “termination of the contract within the next 12 months” and “services being transferred to a publicly-owned operator”. 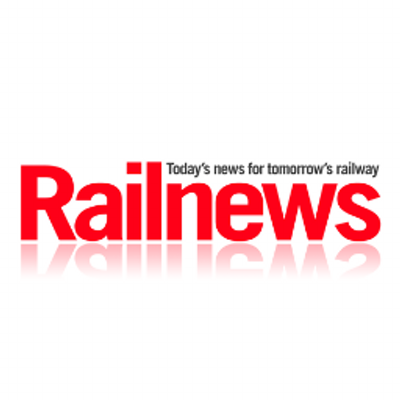 Speaking to me on my radio programme on LBC News Sim Harris, Managing Editor of Rail News told me he isn’t surprised, adding: “South Western Railway were making noises of distress for over a year now.

“It’s not the only one. Franchises in general, more and more of them are in trouble. Northern (Rail) and TransPennine Express are. Greater Anglia is and Scott Rail has just lost any chance of getting an extension after 2022. The Scottish Government’s going to take the contract back.

“Franchising doesn’t work anymore. This is what Keith Williams, who is preparing a root and branch, I quote, ‘review of the railway’ said last year. We haven’t yet had his report but I think there’s no chance of franchising now continuing in the way it was invented in the 1990s.” 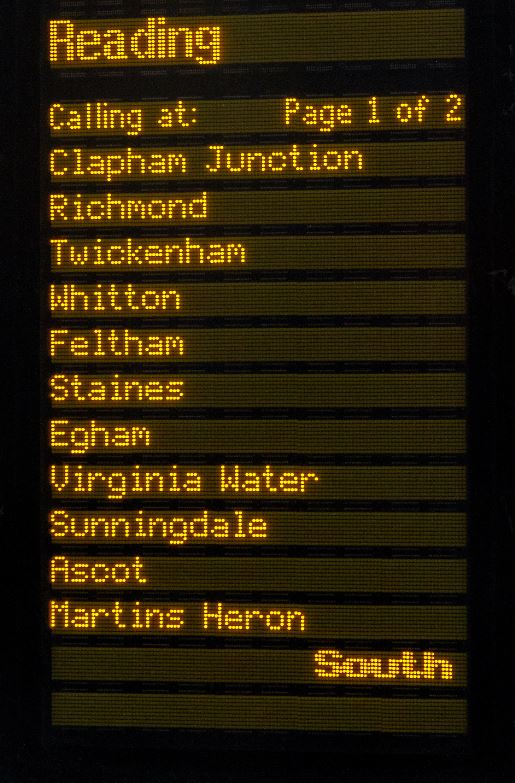 “But we’ve got more now all coming at once. It’s like a very unwelcome bundle of delayed buses all turning up at the same time.

“What is happening is the conditions the Department for Transport has been laying down have become stricter. They’ve become, or they always have been, very unwilling to re-talk a franchise. So once you’re stuck with it the DfT attitude is: ‘Well it’s yours. You took the risk. Now get on with it.’ Unfortunately that’s not quite realistic.

“At the minute the problem for South Western Railway is something called the Central London Employment Mechanism which is supposed to match the levels of employment in London with the income they’re likely to get from commuters.”

“Operators say it doesn’t work. It’s not reflecting the real situation and we’re having exactly the same complaint from Greater Anglia.”

I asked Sim Harris if South Western Railway potentially losing its franchise will provide commuters with a better service?

“I think we take away a good deal of the financial uncertainty because we’ve now essentially re-nationalised that bit of railway. LNER, from London Kings Cross to Edinburgh is now nationalised. Effectively, it’s run by the DfT (Department for Transport). 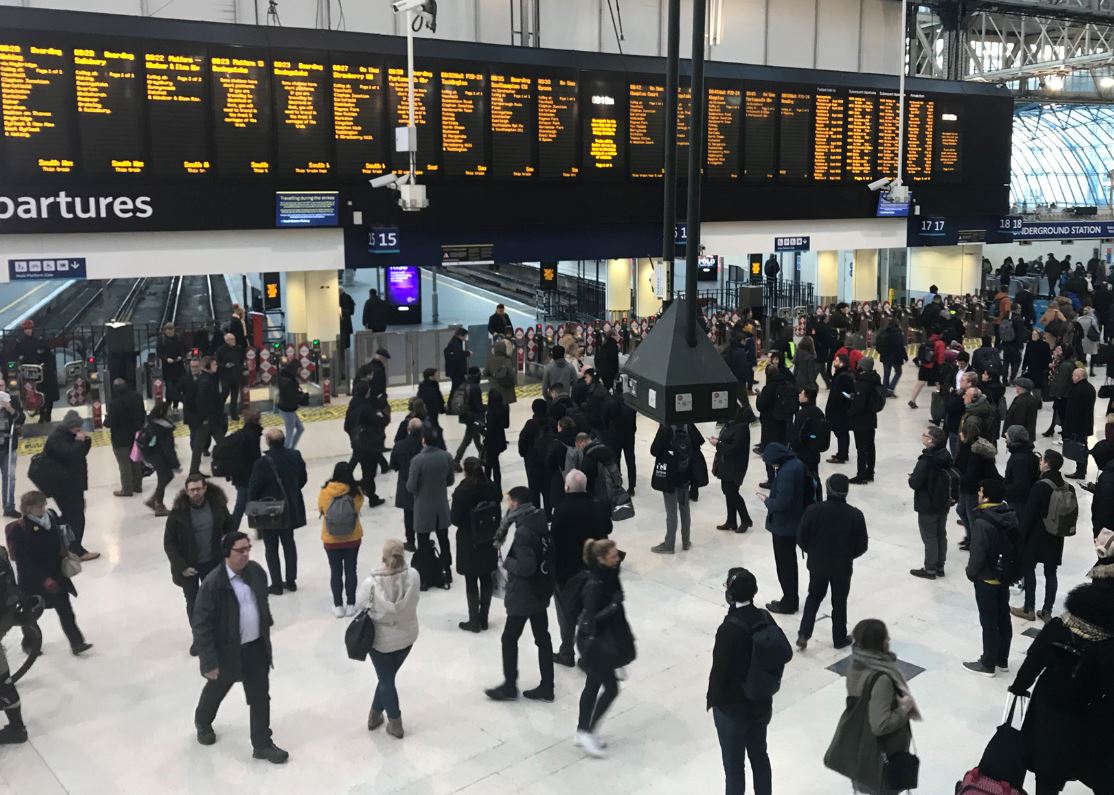 “The problems affecting South Western have been several. It isn’t just the Central London Employment Mechanism. It’s also been the industrial action which reduced the train service almost throughout December. Its infrastructure problems which have delayed trains. So that’s a Network Rail issue and indeed South Western have said they still think they can carry on.

“It’s just that there is a warning and it’s the most serious warning yet. They’re talking to the DfT about getting compensation for the infrastructure problems in particular.”

Looking ahead to the rest of 2020, I asked Sim Harris where he sees the rail industry in the coming months.

“We are looking urgently now for Keith Williams’ review because he has already said the existing franchising system is not fit for purpose. It is neither right for passengers nor the taxpayers.” 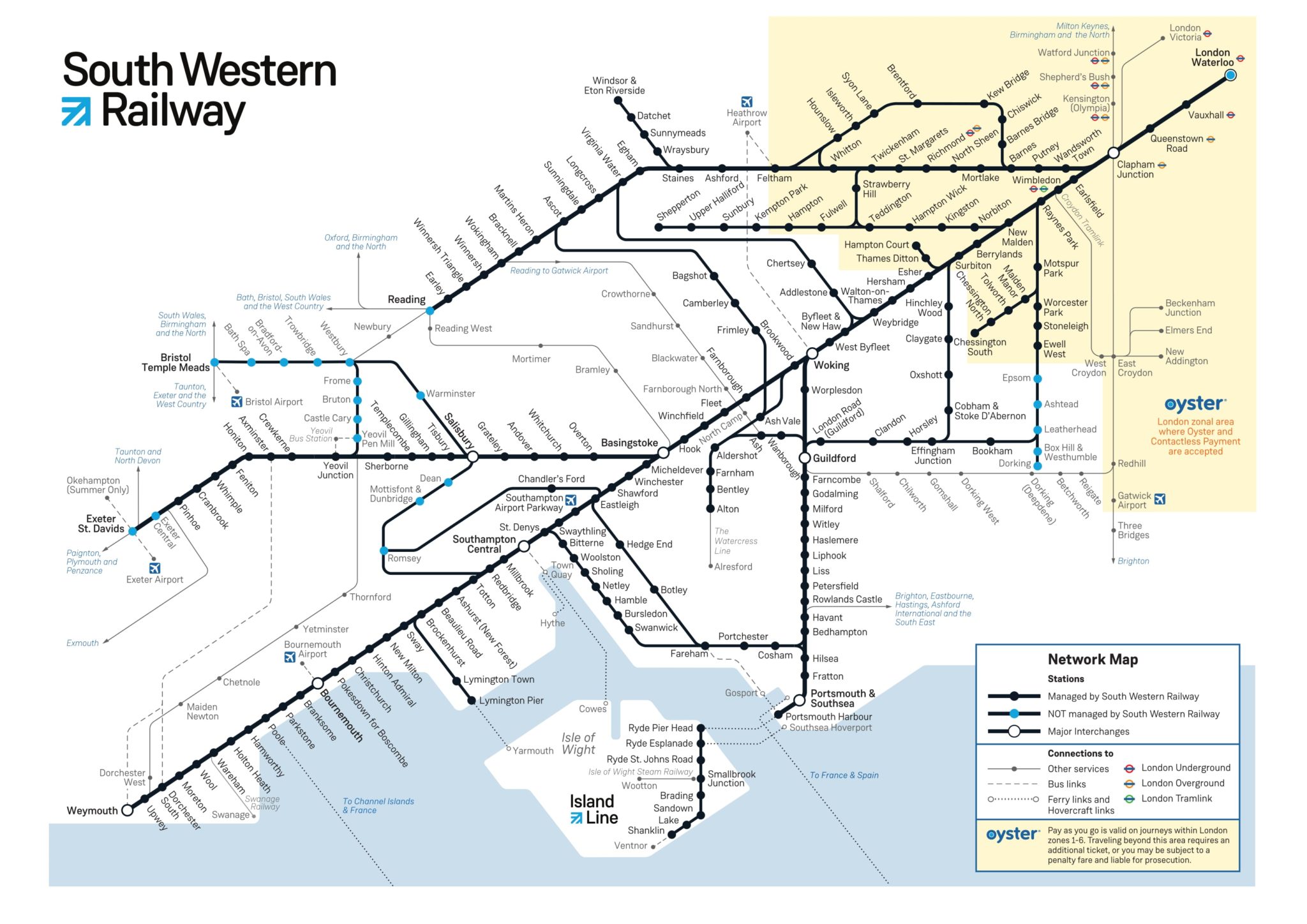 In response, the Department for Transport says: “We monitor the financial health of all our franchises closely and we expect them to meet their contractual obligations, but we have clear and robust processes in place to protect services for passengers and taxpayers.

“The Government will shortly bring forward a White Paper containing reforms informed by the Williams Review that will put passengers first, end the complicated franchising model and simplify fares to create a simpler, more effective system.”

It also runs the Island Line on the Isle of Wight.