Transport for London (TfL) confirms 20 mile-per-hour speed limits on its TfL roads across central London will go ahead early next year (2020).

It will mirror the lower speed limits already in place on many London borough roads. 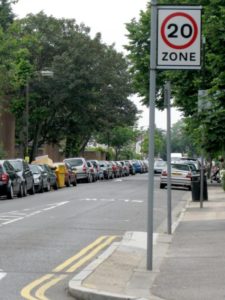 I spoke with Florence Eshalomi, Chair of the London Assembly’s Transport Committee, on my programme on LBC London News. Florence told me: “This is definitely the right move from TfL. The level of response shows this is a key concern for a number of Londoners.”

This change to a 20 miles per hour limit will be implemented within the Congestion Charge zone. A large area of the capital but implemented very quickly.

Florence agrees: “It is. The initial consultation was just about for the conditional charged zone. So, this is what this is responding to.

“I think the fact that we have seen a rise in deaths on London’s roads means that we do need to take that bold action to make sure drivers are slowing down.

“This will benefit not just drivers; I am a driver in London, but pedestrians using London’s roads.”

The change to the speed limit will draw in areas including Millbank, Tower Hill, Embankment, Blackfriars, and around the Victoria and Albert museum. Some drivers would argue the roads in those parts of London are already very slow and they’re already struggling to get above 20 miles per hour.

In response, Florence tells me: “One of the key issues with a busy city like London is that issue around congestion.”

“We are finding that this year alone, figures have shown that there have been 80 deaths on London roads. That’s one too many.”

“In 2019 we shouldn’t be seeing people dying as a result of speeding on London’s roads.

“There’s a separate issue about congestion and how we resolve that. One of the ways we’re looking to try and address that is making more people use public transport. 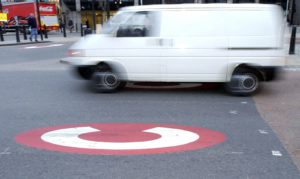 “The mayor (of London) has an ambitious target of 80% of all Londoners using public transport by 2041.

“So, we need to encourage people out of their cars, including people like me, who is a driver in London, to look at walking; to look at cycling; to using buses. That will in turn help to make sure that we are reducing road deaths on London’s roads.”

As Chair of the London Assembly Transport Committee, I asked Florence if this is part of its recent Hostile Streets report?

Florence explains: “It is. We think that the mayor and TfL need to go a bit further. There is still a reliance on cars and the number of outer London boroughs, where if we’re honest, some of the transport connections aren’t as good in comparison to the two boroughs I represent in Lambeth and Southwark.

“But again, it’s about how we make sure that we’re getting people to firstly obey the speed limits. And secondly, slow down and think. And thirdly, ditching the car altogether and using public transport.”

Motorists may be thinking where does this stop now? And what other things maybe planned to reduce road deaths and slow traffic down further?

Florence tells me: “One of the other things that we’ve been looking at is there are a number of dangerous junctions across London.

“Healthy Streets and Vision Zero (report) has identified 73 dangerous junctions across London where there needs to be changes in terms of the configuration; the traffic lights, where the crossings are to make it safer for Londoners and pedestrians using those streets and cyclists.

“So, I think that’s another area where we can make significant changes.

“It’s not just about reducing speed limits, but it’s about improving on the transport infrastructure.”

“In addition to the Hostile Streets (report), for this session on the Assembly we’ve been looking at the future of London Transport. What’s that’s going to mean for a city where the population continues to grow.

“We’re projecting 10.8 million people by 2040 in London with more and more people wanting to use our roads. Our roads can’t cope as they as they are now. So, we need to look at making sure investment continues to come in. 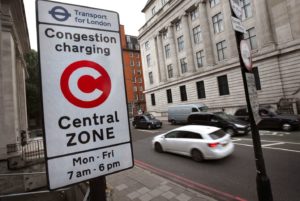 “Earlier in the summer, we had a report in looking at why people aren’t using public transport. And the top concern was about the fact that it’s overcrowded and it’s hot.

“So, we need that investment coming in to make sure that when people are switching to public transport, the public transport experience is enjoyed by fare paying customers.”

Finally, I asked Florence, with this new 20 mile per hour zone being introduced early next year (2020), will it be ready in time?

“One of the things that we definitely need to look at is, when this is introduced, will it work?

So, they’ll be close monitoring it at TfL; we on the Transport Committee will be monitoring that as well to see if there is a reduction in deaths.

“But I think we have to try something. We can’t do nothing, and we can’t continue to see people dying on London’s roads.”

Work will begin later this year to make more than 5 miles of TfL roads ready for the new 20 mph limit.