A voice trusted by…

Philip’s journalism career has won him a prestigious gold honour at the European Radio Awards and nominations at the Sony Radio Academy Awards and the Radio Production Awards. His work has also seen him part of the award-winning on-air news and presentation radio teams at 95.8 Capital FM London, 1548 AM Capital Gold (London), Xfm (now Radio X), talkSPORT and BBC Radio London; as well as on BBC News and Sky News television channels in the United Kingdom. 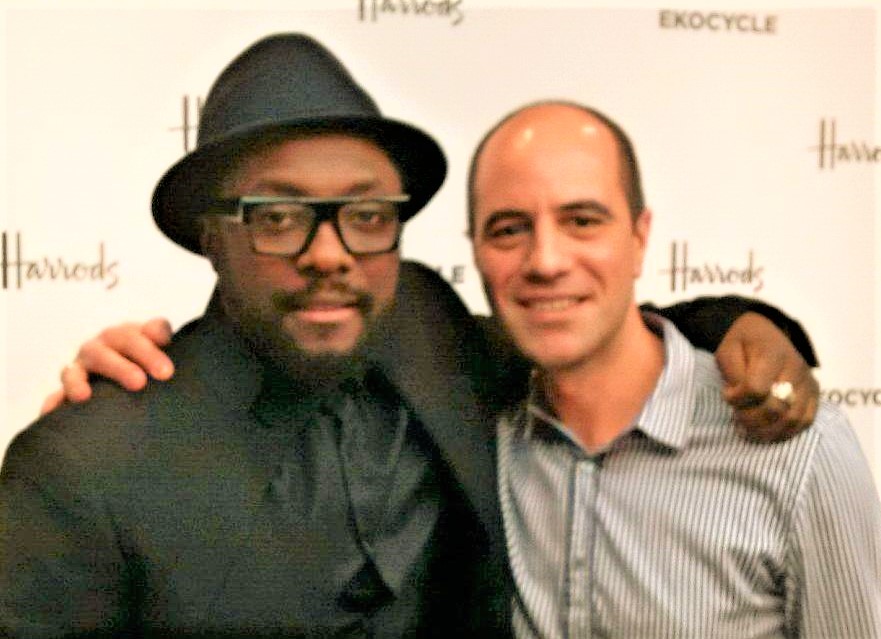 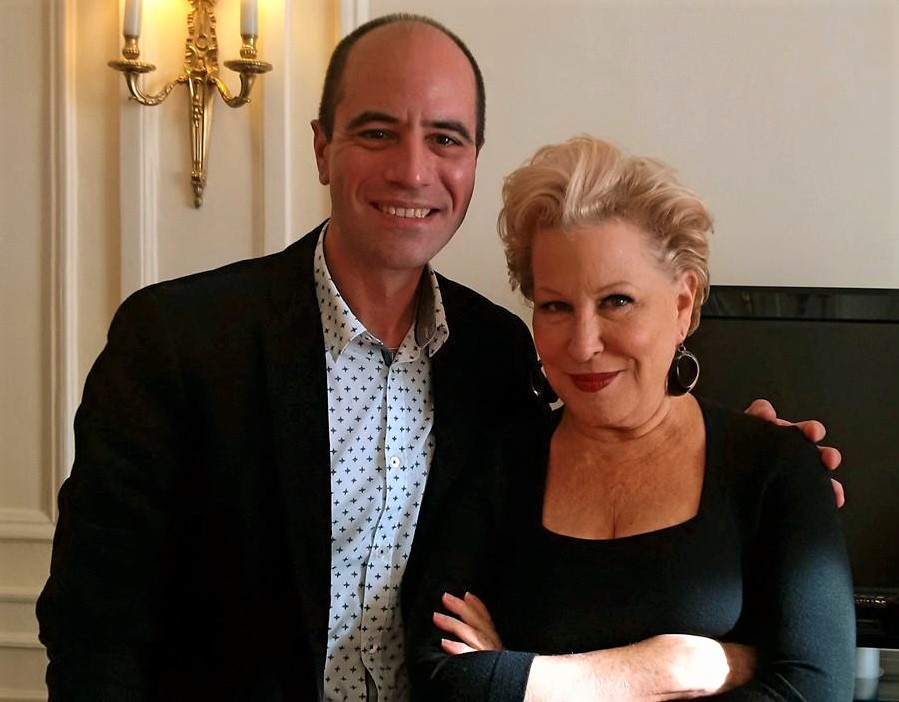 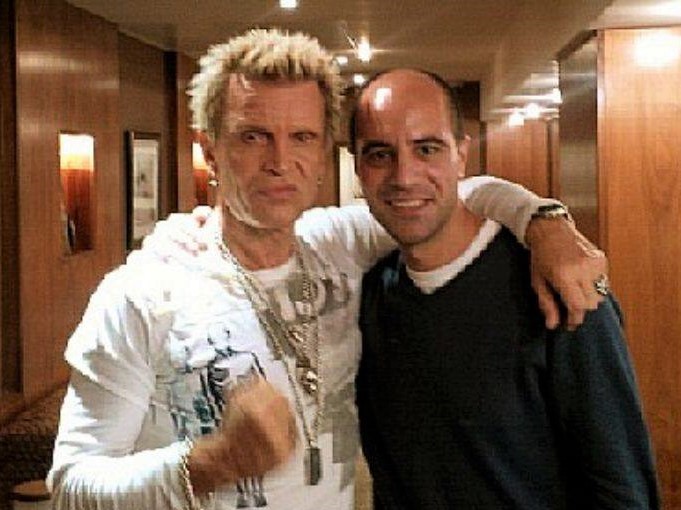 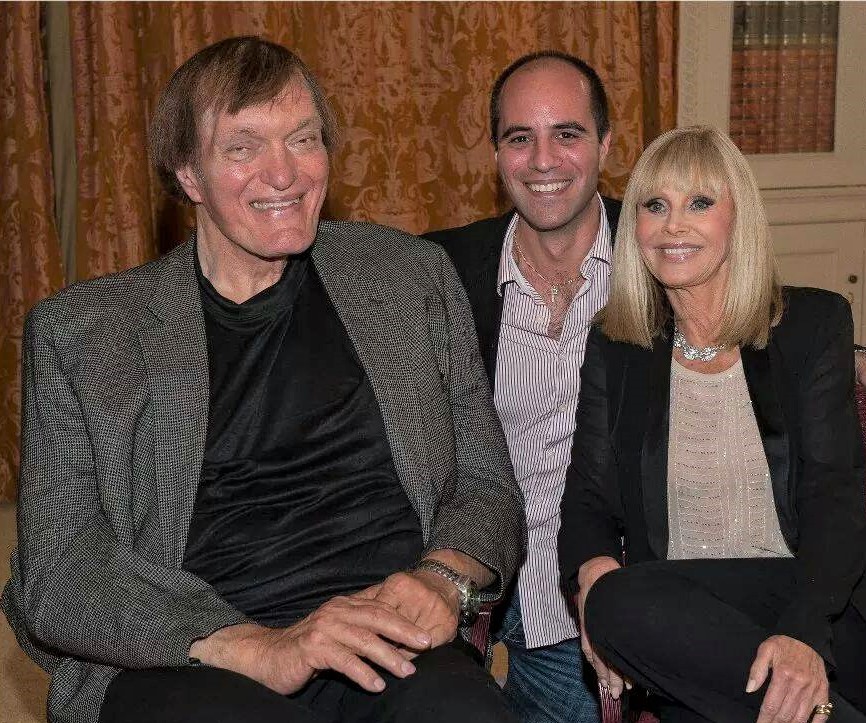 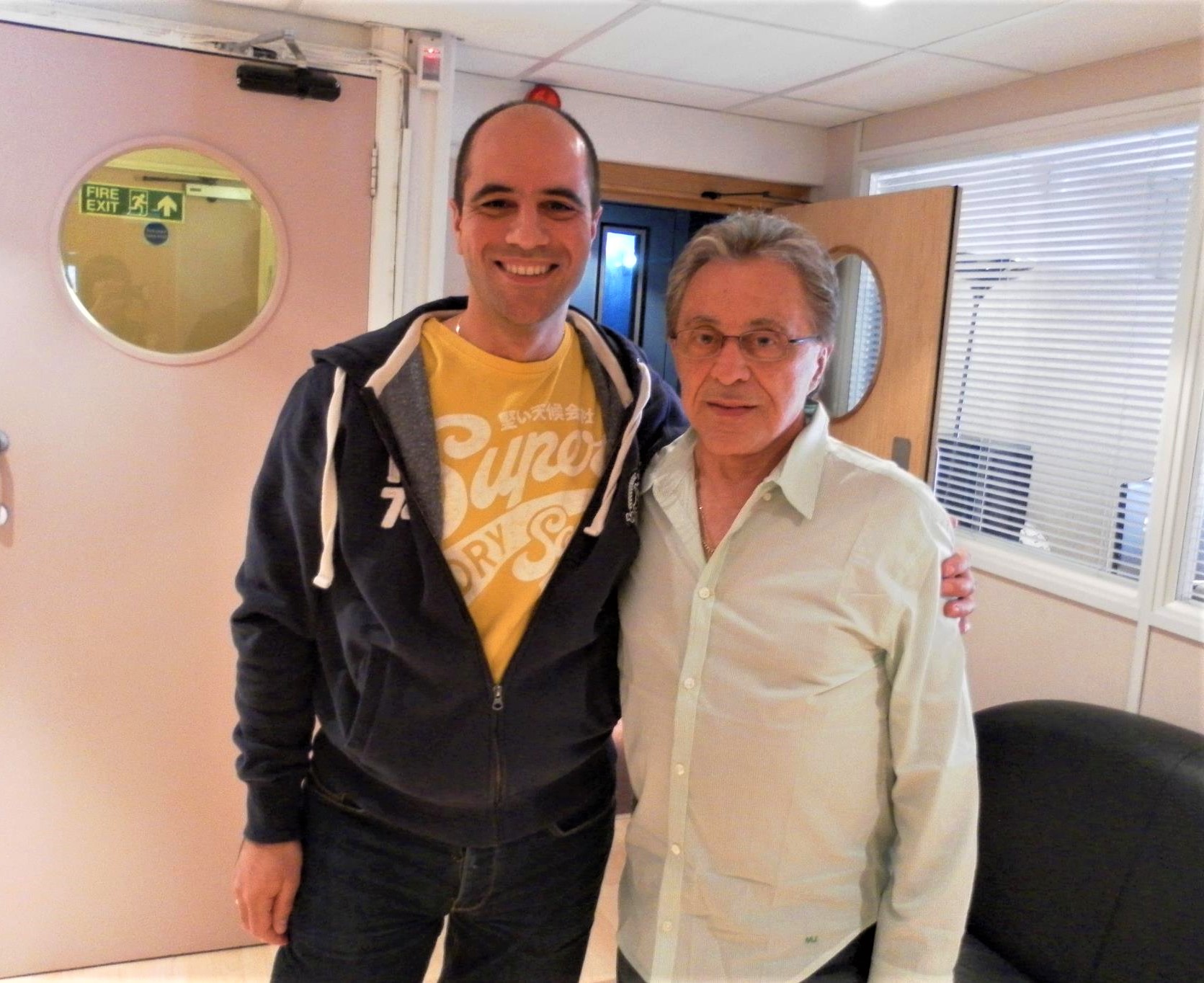 Philip is also on the talent roster at Global, one of the world’s leading media & entertainment groups and Europe’s largest radio company. As a broadcaster, journalist, news reader and news presenter, Philip is regularly heard on its biggest and most loved commercial radio stations across the United Kingdom; Classic FM, Gold, Heart, LBC, LBC London News, Radio X and Smooth Radio. Global’s brands, which also include Capital FM and Capital Xtra, reach more than 31 million people; including more than 25 million on radio alone in the UK. 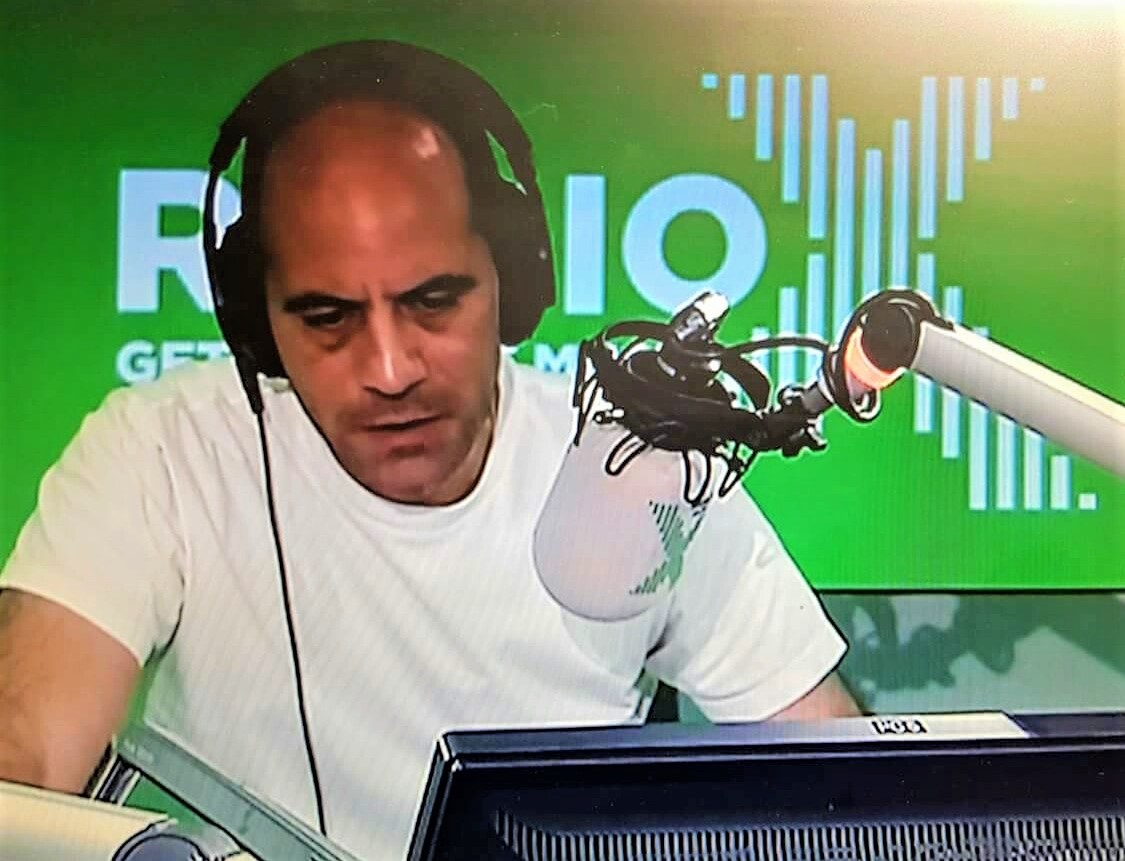 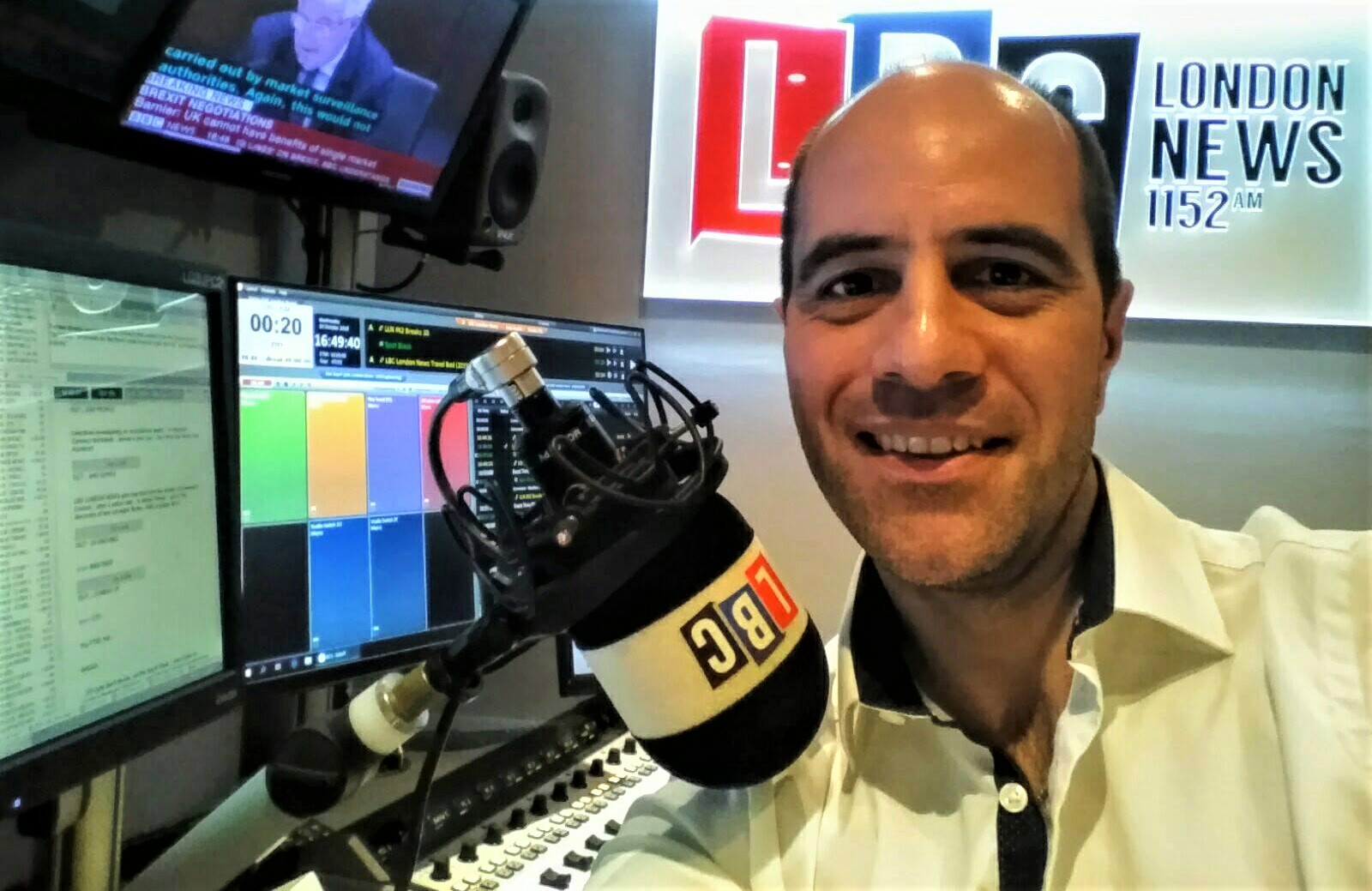 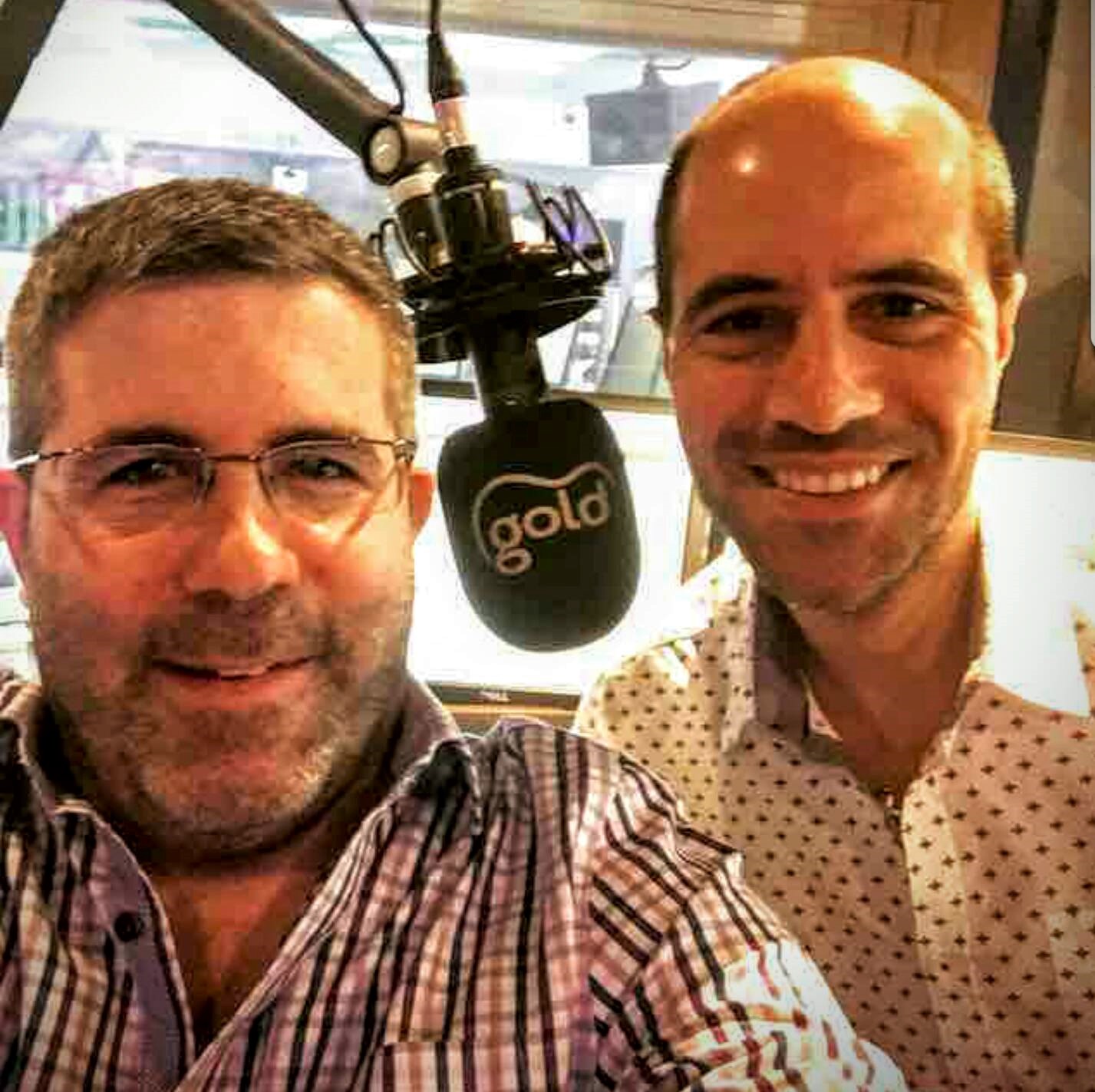 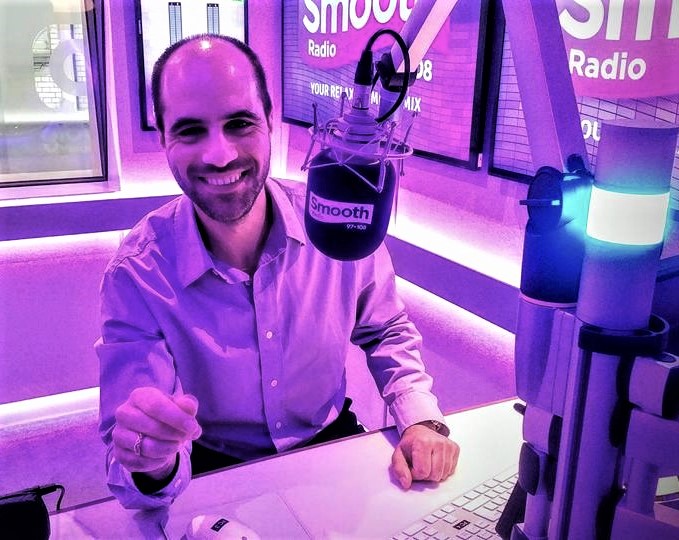 Away from the microphone, Philip lectures in Radio Journalism & Presentation at colleges and universities across the United Kingdom, helps judge annual industry radio awards, is a speaker at the Global Academy and the Student Radio Conference; and hosts awards presentations, including for the National Health Service (NHS) in England.

With an ability to deliver a vocal tone from “hard sell to sexy smooth,” Philip’s British male voice is neutral in accent with a Received Pronunciation (RP) presence.

Relaxed, commanding confidence, with a glossy sheen, it is the perfect finishing touch to your project. Little wonder Philip’s voice is trusted by international brands including Citizen Watches, DHL, Huawei, NASA and UBS for their advertising campaigns, on-hold telephone (IVR) messages, corporate presentations and e-learning projects.

Working from his professionally built and installed voice and broadcast studio in London, England, Philip provides a fast turnaround – same day or within 24 hours.

Philip is an award-winning British broadcaster and journalist with experience and expertise presenting music based shows and rolling news programming on market-leading radio stations in the United Kingdom’s capital, London.

Philip also voice-tracks music radio shows around the world from his studio, in London.

From his professional broadcast studio, Philip offers various recording options – self-record or the opportunity to listen in and participate in the live recording session from wherever you are in the world. Connecting to Philip’s London studio couldn’t be easier with options including ipDTL, ISDN, Phone Patch, Skype and Source Connect.

With a Received Pronunciation voice, described as “hard sell to sexy smooth” and separately as “solid, clear and balanced”, Philip is the perfect voice to add that finishing touch to your latest project.

Click below to listen to a sample of Philip’s recent audio.

Philip’s voice is entrusted worldwide by the biggest brands and names to add a glossy sheen to their television and cinematic campaigns.

A relaxed tone, yet commanding confidence; Philip has lent his voice to Andre Rieu, Sony PlayStation and Pro & Pacific Toys.

Philip is a highly accomplished and award-winning Director of Content & Partnerships with extensive success across the BBC, commercial and online outlets around the world. Utilising his astute commercial acumen and love of digital media and technology, Philip delivers creative ideas and advice. In turn, this leads to enhanced quality, return on investment and profit beyond expectation.

Highly respected by colleagues and clients as an established multi-media journalism and radio presentation specialist, Philip is also an influential ambassador engaging audiences, building stakeholder relationships, securing rights and negotiating key contracts. Leading by example with an exemplary work ethic; Philip mentors and inspires others to achieve their highest creative performance – individually or by working as a cohesive team.

As a success-driven, collaborative and visionary thinker, Philip embraces change with the confidence to challenge. Adding value at strategic and operational levels, he uses his charismatic enthusiasm and talent to transform ideas into reality.

During his 11 year tenure as Managing Editor Content and Partnerships at 7digital plc (formally UBC Media Group plc), in 2007 Philip led his multi-media news division to win gold at the prestigious European Radio Awards, for Best Regular Showbiz Feature. Philip also guided his team to achieve finalist status at the Radio Academy Awards, in its Information Feature category; separately in the Best Entertainment Producer category at the Radio Production Awards, in 2005 and 2006 respectively. 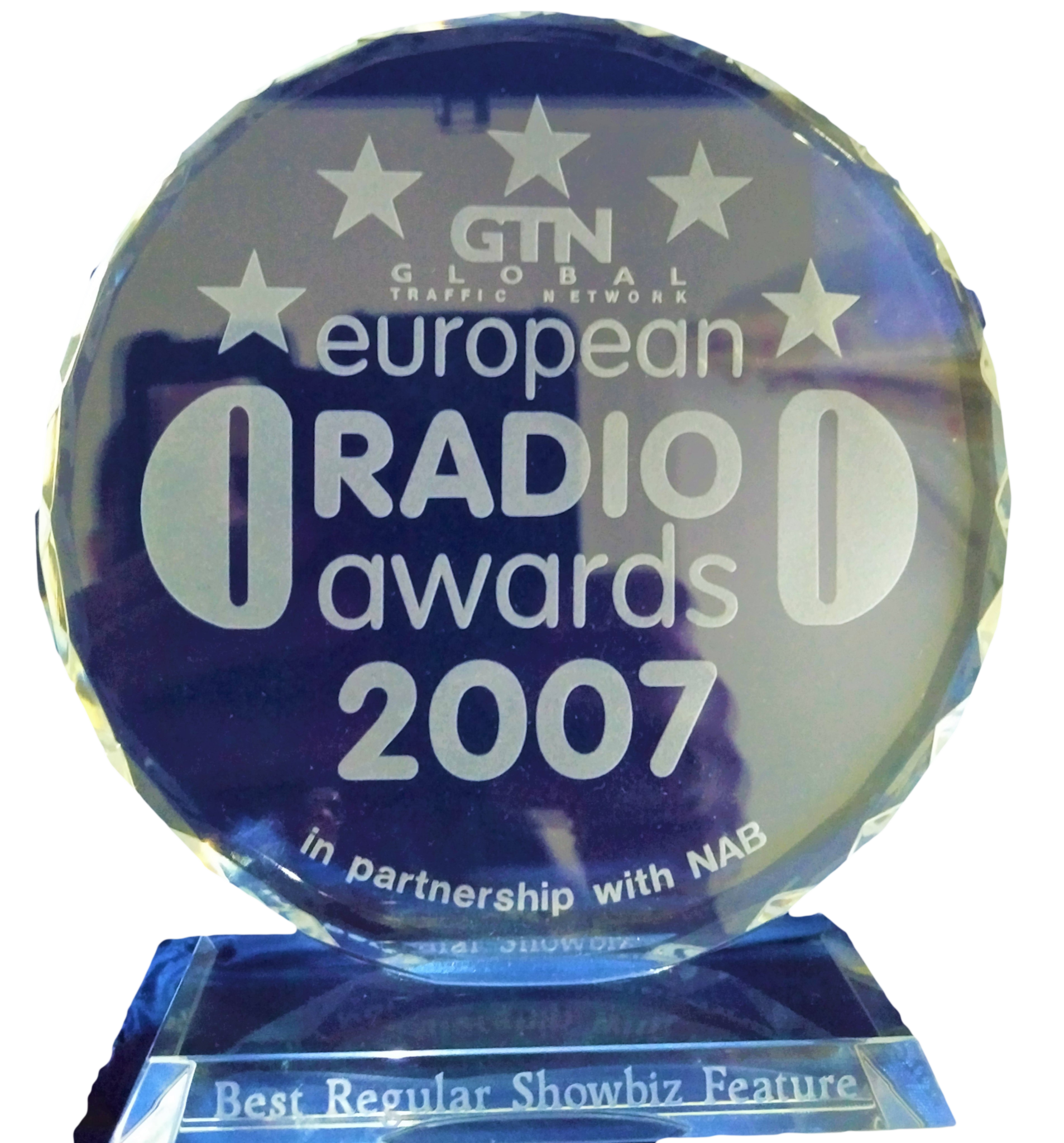 The Duke and Duchess of Sussex are said to be hoping their new roles within the Royal family can be worked out "sooner rather than later." Harry and Meghan announced earlier this week they want to become [...]

Train operator South Western Railway acknowledges it could lose its franchise contract after recording a loss of £137 million. In the company's accounts from December, directors say on-going discussions with the Department for Transport (DfT) could result [...]

Brexit Party leader Nigel Farage is planning a “Brexit Celebration Party” in Parliament Square, London, for the night of January 31st. He’s drafting arrangements to mark the moment the United Kingdom leaves the European Union, according to [...]

Whirlpool has begun recalling 519,000 of its Hotpoint and Indesit washing machines. A flaw with the door locking system can cause the appliances to overheat and potentially catch fire. Under the recall, all affected customers will have [...]

I am often asked about how I became a voiceover artist, my career as a radio journalist and presenter; as well as tips on growing your voiceover business as a newcomer. So it was a pleasure to [...]

World Prematurity Day has been observed with Sir Chris Hoy MBE and his wife Lady Sarra helping raise awareness of preterm birth and the concerns of preterm babies and their families worldwide. According to the World Health [...]

Thank you so much! I am looking forward to many more projects together!”

“It was a pleasure working with Philip.

Very professional and always meets my expectations and deadlines.”

“Philip is wonderful to work with. Flexible, professional, on time, responsive; in addition to having a wonderful voice that gives a project that certain extra it needs.

Thank you, Philip, for another great job!”

“Philip was very helpful and kind.

He worked quickly and efficiently.

We were very happy to work with him!”

“Philip is a top quality voice over artist who always delivers perfect results and on time.

He’s a pleasure to work with and a great guy to match.

If you’re looking for someone with great voice over skills, a high quality radio presenter or a speaker on the subjects of media, journalism or new media; then Philip is your man!”

“I’ve worked with Philip for many years now and have always received the highest quality audio in addition to many takes in a variety of styles.

You can trust Philip to nail any project with prompt service and reliability.”

“Philip’s effort with us made our project a real success.

We hope to work with you again.”

“Philip is great at creating valuable content, and knowing where it needs to be seen.

He is a man that understands audiences, the importance of timeliness and a good contact book.

A pleasure to work with.”

“Having worked with Philip, both as a presenter and as a journalist and content provider, he has something somewhat unique in the industry – the ability to take a back seat and simply be a facilitator to a great song or showbiz story.

And whilst that might not be a strategy to achieve short-term wins in the career or ego stakes, it’s a long term win when it comes to industry respect and standing.”

“Philip’s journalistic skills and producer mindset are well-known and well-regarded in the industry, and have been for many years. I have had the chance to work with Philip on a number of audio and radio projects – his charisma, confidence and trustworthiness have established him as a really great person to deal with.

I believe his genuine enthusiasm for the work he does and his ability to inspire those around him definitely set Philip apart as both a leader and a mentor. He also has a strong team focus when talking to others about the Entertainment News brand and always shares and passes due credit to his colleagues.”

“I cannot speak highly enough of Philip. He is incredibly talented, great with people, a wonderful ambassador for a company and extremely versatile as he can work on many content platforms and always delivers quality.

Philip really gets media and entertainment and is very driven to achieving good results. Any company who hires Philip will gain a real asset.”

“I worked with Philip at Capital Radio in the 1990s – one of the most creative periods in the London radio market.

Philip worked in a pivotal role within the London content team and I would have no hesitation in working with him again.”

Philip understood the tonality I needed for my voice over perfectly and provided the ideal recording for the job.

More importantly he was available to answer my questions, was quick with all responses and communication, and ultimately delivered a very urgent project to the highest standard in the fastest time imaginable.”

If you would like to find out more about Philip, would like to request a no obligation voice over demo based on your script, or for a quote for your current or future project; please telephone or use the contact form below.

You can expect an immediate reply or within two hours.