Drill music videos are back in the spotlight, with YouTube deciding not remove them from its platform claiming they “provide a place for those too often without a voice.”

The words are from YouTube’s UK Managing Director Ben McOwen Wilson who says the Google-owned platform supports openness and a range of opinions being allowed online, but that it must work with government and regulators to find a balance on removing content.

The controversial form of rap music often includes references to real-life events including stabbings, leaving some to call for the removal of Drill videos, warning they could encourage further violence.

Mr McOwen Wilson believes it is “right” anything illegal offline should not be allowed online. However, he admits deciding when to remove videos which are legal but could be considered potentially harmful is a greater issue facing the tech industry. 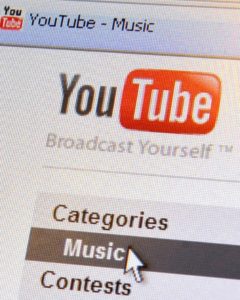 “Drawing a line on content that should be removed isn’t always clear. For example, as communities are working to address the issue of gang violence, we too find ourselves developing the right way to play our part,” Mr McOwen Wilson says.

“While some have argued there is no place for drill music on YouTube, we believe we can help provide a place for those too often without a voice.

“To strike this balance, we work with the Metropolitan Police, community groups and experts to understand local context and take action where needed.

“People use music to tell their truths, express frustrations, find support and connect with each other. Those voices should not be silenced in sweeping rules to eradicate the few.”

Mr Montgomery ( @mrmontgomery_ on Twitter) or Andre Montgomery Johnson is a journalist covering music, cultural issues and trending topics. He told me on my programme on LBC London News that believes YouTube has made the right decision in its reasoning.

“However, there are some videos online that sometimes will provoke the other side.

“But not every single video is a reflection of what’s going on in London. Some artists are doing it because they actually like that music.

So, I think this is a good thing and we just have to wait and see the ripple effect after this.”

Mr Montgomery says many who make them just want to play their track and show it to the world.

“Definitely, 100 percent. And it’s important we understand the grey area.

“Some music videos are inciting violence, but there are some music videos that are helping young people move forward. Some of them are getting record deals, they’re buying houses and changing their lives.

“So, I think it’s a good thing. However, we’ll have to wait and see what will happen from here on.”

In the first quarter of 2019, YouTube says it removed 8.3 million videos that violated its guidelines.

Supporting openness online does not mean anything goes; it should mean giving people a voice to succeed, share and thrive within the boundaries of safety.