How Voquent’s Transforming Voice Over Casting

How Voquent’s Transforming Voice Over Casting

Over the last decade, finding the perfect voice over actor for your script has either been very easy or incredibly hard and it all depended on what you’re looking for.

The freelance voice over industry is fiercely competitive and it’s a buyer’s market. If all you need is a voice over actor that can record your script in a classic General / Standard American version of English or an English Received Pronunciation (RP) accent (both of which are quintessential styles of voice for Broadcast material) then you’ll have no trouble at all. 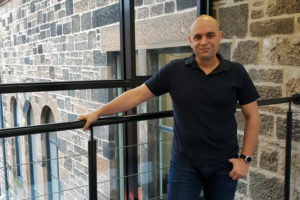 However, everything changes when you’re seeking an accent spoken in a particular foreign language or regional dialect. The reason is agencies tend to work only in a handful of languages and as there has never been a central, worldwide platform capable of offering professional voice over actors in literally any dialect or region, until now.

As the founder and managing director of Voquent.com, Miles Chicoine launched an evolving marketplace platform for voice over actors in the summer of 2018, aimed specifically at tackling the biggest challenges in voice casting by indexing actor’s audio samples at an unprecedented level of detail. Fast forward nine months later and Voquent.com has already become one of the biggest voice-over databases in the world with thousands of voice over actors offering samples in a vast range of languages, dialect and accents.

As is the case with every overnight success, a lot of work was involved behind the scenes. Miles spent years studying and researching the sector and audio-visual translation industry before setting up a company. I spoke to Miles about how it all began.

What drove you to create Voquent? 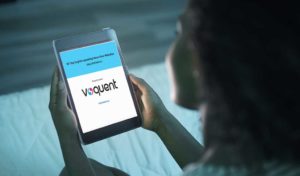 Miles: “Ultimately, I wanted to build and run a business in a market with a high growth ceiling where I could also leverage my background in corporate systems implementation. I knew a few  people that had some experience in the voice over industry and quickly learnt that there’s a deceptive simplicity to a finished voice over performance. There’s actually a lot of work involved in audio visual productions and voice over recordings are typically required at the very end with a really tight deadline. When I looked around at the established, incumbent industry providers, it became immediately apparent that there was no effort to accurately measure or compare the different qualities and capabilities of voice actor’s audio. Everyone had virtually identical bios and descriptions and finding the best fitting showreels was like playing audio roulette. I couldn’t find anywhere that enabled me to quickly search and select voice over artists who could perform in distinct tones for foreign languages or multiple accents. If I previously wanted to get a simple TV commercial script recording in English, German, European Spanish, Brazilian Portuguese and a handful of other languages, it felt that like an exercise in futility. I saw this as an opportunity to build a platform that solves this problem.”

Where did the name Voquent come from?

Miles: “Like any entrepreneur forming a new identity, I wanted a company and matching web domain name that was short, simple to spell, easy to remember and symbolic of what the company would offer. I was also looking for the magic formula of a single world with no more than a few syllables. After a lot of brainstorming, I found the word ‘Voquent’ which is derived from the French verb ‘évoquer’ which loosely translated to English, means “to evoke”. Given that every production project would be aimed at evoking a specific emotion in an audience, I fell in love with the name instantly.” 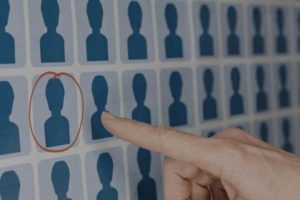 Dealing with trying to choose a voice actor

What is it that makes Voquent different?

Miles: “There are three fundamental differences that distinguish Voquent from any other voice over platform, site or community. First and foremost, we don’t charge voice over actors to be a member of our site and ultimately get work. Secondly, we happily work with both independent freelance voice over actors as well as those with exclusive representation which together enables us to offer our customers some of the most experienced voice actors in the world. We’re also able to showcase talent that is normally inaccessible on the web, by including part time voice actors and talent who do not have home studios or recording facilities. Lastly, we’ve pioneered a unique and highly effective approach to indexing the critical attributes of audio samples that greatly accelerates the casting process. Essentially, Voquent gives every voice talent in the world a level platform to market their skills.”

Were you nervous about how the market would respond to your ideas?

Miles: “Absolutely. Pioneering unchartered waters with a new business idea isn’t for the feint hearted. Luckily, once you’ve survived a couple of storms, you start to realise everything is going to be okay even if you do things differently to everyone else. Voquent has been really well received and the company’s performance to-date has surpassed all of my expectations. This has enabled us to chart an ambitious and innovative roadmap for the future.”

What’s been your biggest challenge to date?

Miles: “Without question, it’s been building and maintaining the technical architecture that can distinguish between so many complex variables. We’re also constantly learning new things about languages. For instance, we started out by identifying 108 British accents and 100 or so American English accents. We’ve just recently added 130 more Arabic dialects which has proven to be one of our more popular language choices. It’s critical that we allow creatives and producers the opportunity to quickly cast voice actors by a specific region of an Arabic speaking country or in the general Modern Standard Arabic dialect. We’ve even created specific accents for the most talented voices such as International English variants and less stereotypical combinations like a Brazilian voice speaking in German.”

Why did you create the sample card system? 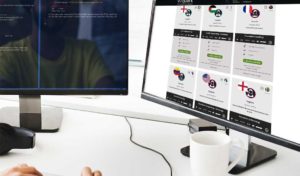 Miles: “Voice Talent seekers increasingly don’t have time to listen to compiled demos or showreels. The historic solution to casting has been to invite hundreds of voice over actors to audition for a single job but if the job itself isn’t big enough to gain the interest of experienced voices, most or even all of the auditions can end up falling short of the professional standard required. Reels are great when you want to hear a talent’s range, but when you’re looking for a specific style of read, it’s too time consuming. Not only does having one style per sample eliminate this time, it also greatly reduces the need for voice actors to submit custom recordings. For voice actors, auditioning is a huge time commitment and there is less need for customers to request auditions if they can quickly find a read in the specific style they want. Voiceover actors are consistently delighted to gain work off the back of pre-recorded audio material. Every sample is like a miniature pre-recorded audition itself and this is what makes Voquent so incredibly effective.”

How have voice actors responded to this unique approach?

Miles: “We initially got a lot of resistance from voice actors not wanting to abandon their showreels and this is understandable. Because every other company and website in the world still uses this approach, we appreciate how some of the voices are reluctant to invest their time trimming and indexing individual audio samples. When you’ve gone to great lengths to compile and perfect a reel that showcases your versatility and Voquent is saying ‘we can’t use it’ – it hurts! But, Voquent’s sample cards allow voices to be found much more easily in search. It’s the ideal solution to a tired and linear approach that just doesn’t work and there’s a big payoff because we frequently secure work for voice actors without requiring a custom recording. Furthermore, Voice actors that can perform in different accents vocal ages, or even genders aren’t typecast by their picture or actual age. For instance, even though Bart Simpson is voiced by Nancy Cartwright, you wouldn’t typically begin a casting search for audio samples of teenage boys by browsing the voice actor profiles of Women aged over 60 years. Our method enables each sample to be considered in isolation and on its own merits and therefore every recording has the opportunity to become the catalyst for an exciting long-term project.”

You’ve lately started offering gender neutral voices too. Is there a big market for this? 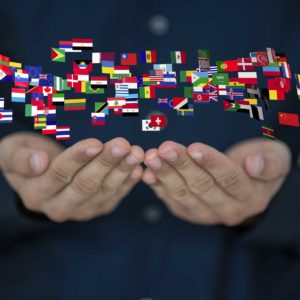 Miles: “It’s always been our approach to create a platform of equality as opposed to a marketing channel only for the most popular or sought-after actors, voice types or languages. Every voice in the world is unique and reverse engineering the most influential characteristics behind a voice is easier said than done. There are certain attributes that we do not feel comfortable or appropriate to track, such as race, but customers still contact us regularly looking for “black voices”. Nonetheless, we have indeed recently added the option for non-binary voice actors to upload samples with a gender-neutral designation (even if they arguably might sound like a male with a high-pitched voice or a female with a low-pitched voice). When you’re looking for genuine types of voices, imitations simply won’t suffice. If a customer wants to hear only non-binary samples, it’s reasonable to expect that they are seeking a voice artist who actually identifies as being ‘non-binary’ as opposed to a voice actor offering a rendition of one.”

“Offering authentic voiceovers is really important to our clients and adopting an inclusive approach that celebrates diversity over conformity is of equal importance to us. Every demographic, dialect and accent has value. Some people think we are joking when we say that we can offer authentic translations and voice overs in fluent Klingon but the fact is, we have a deep appreciation for every recognised language in the world. Klingon is one of them and we think it’s awesome!”