A-Level students in the United Kingdom have received their results with the scramble underway, for many, to secure a place at university.

But is that the next logical step for everybody?

University was once seen as just that – the next logical step. However, a survey suggests nearly 60% of parents believe apprenticeships are better than university.

I spoke with Rob Wall, Head of Policy at CMI (Chartered Management Institute), on my LBC London News programme, who told me: “Nearly 60% of parents believe apprenticeship provides a better chance of getting good job than going to university.”

Rob adds: “At CMI we already know this. We see first-hand the impact they have on an individual’s performance and productivity and how they enhance your career.

“Our message to all those young people picking up their results is there is a real choice beyond the traditional three-year university degree and to think about applying for an apprenticeship.”

Before it would be to go to school, university; maybe school, gap year and then university. But what’s driven the awareness in degree apprenticeships to rise year-on-year? 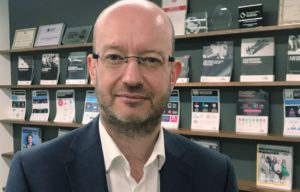 Rob tells me: “If you ask parents as we have, around degree apprenticeships, over 80% think degree apprenticeships are a great option for young people who are considering studying for a degree. Around three-quarters of parents think they will provide a better chance of getting a good job than a traditional university degree.”

Could the change also be attributed to poor careers advice at school? Rob believes so.

“There’s a lot of positive news around apprenticeships, but there are still some barriers which prevent or deter young people from taking out apprenticeships and one of those is around careers advice.

“Again, in our survey, we’ve asked parents their views on the careers provision in schools and colleges.

“It’s quite clear that in many schools and colleges there’s a perception that either apprenticeships aren’t being offered as an alternative pathway for young people, or even worse in some cases that the only benefit to those young people who are seen as less academic.”

It seems degree apprenticeships could transform how people view technical and vocational education.

What is certain, arguably, is they widen participation and improve social mobility for an individual